In 1990, I left hopeful the school 75 in Brussels where I took the teaching of Boris Semenoff. I have done exhibitions at galleries, fairs, function rooms .... If I sold some paintings, the gains were used to reimburse the costs.
At that time, an art critic told the gallery that exposed my work to put my paintings in an attic for 20 years and present them again. I found it funny at the time but I did not want to wait 20 years. I continued for another 10 years after which I told myself, maybe I would have to reorient my thinking ...
So I became software engineer. Eventually my wanderings led me into the offices to make the development of software for calculating salary. There, I realized that it was not my place, and I'm not the only one to have noticed that fact!
I stopped working to care for my son Adahy who was born and trying to find my way.
I did not think at all that it was realistic to become a painter again, so I tried to do graphics, illustration, photography, web development again to finish anyway to realize that I am a painter.
I looked at a corner of my house by imagining a painting work, telling me that if I do paintings a gallery offered me to do. Two days later, I received an email from a gallery who invited me to send them copies of my work ...
This gallery bought 14 paintings she sold to a customer whose name I discovered afterwards. An auctioneer contacted me to tell me that fourteen of my paintings would be put up for auction at Drouot. Finally this sale did not mysteriously made.
Since late 2010, I made ten paintings on canvas, many drawings and now, in 2012, I do drawings and digital painting to try and sell my creations on sites online printing because I tell myself that it's easier to sell paintings in China if you just print them in placing an order online. I agree with Keith Haring that art should be accessible to all, to stand on t-shirts or other items. Websites of print on demand allows and I try to adapt.
"The ship is safe in the harbor. But that's not what ships were built." P.Coelho.


Vision of my art

My paintings are portraits, even the most abstract. I begin by making the charcoal portrait, I try it is like to the point of feeling an emotion or a vibration.

Then I start to put colors day after day until, suddenly, it happens something that I can not explain. The painting becomes unbearable to me, it's as if I had to delete it but in reality it is something else going on. In general, I do not see the time passing when I get to this stage of my painting while in the days before, I find that things have stagnated, the situation is blocked. From the outside you would think that I destroy what I had done. I myself feel this for a while before I notice that in fact I was in my state inexplicable. It's like if I let myself be guided by an energy. Once that passed, my painting has entered another dimension and it remains to highlight what was to be expressed.

I think my painting is complete when it returns me a message and I consider it successful if it returns a message to people who take the time to look. This message need not be the same as the one I received, otherwise it would mean that I have not reached the end of my work. What makes me the most pleasure is listening to people in front of my paintings tell me what they see or feel. I see my paintings as mirrors.

For the new series of paintings began in 2010, it is abstractions from the Thoth Tarot cards. I plan to make the 78 tarot cards. The Tarot represents all possible paths of human life, I feel like I have never been much in the picture now. 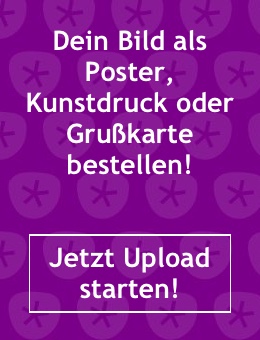