Abdul Mati Klarwein was born in Hamburg on the 9th of April 1932, to a Jewish architect father from Polish origins, and a German opera singer mother. The three of them fled to Palestine when he was two years old after the rise of Nazi Germany.


(Later for a time Mati adopted the name of Abdul Mati Klarwein: "He wanted to have both a Muslim and a Jewish name: he was the healer," said a friend).

In 1948, Mati and his mother moved to Paris where he enrolled at the Académie Julian having previously dropped out of school in Israel and been sent at the age of 15 to an Art college in Jerusalem. He later studied with painter Fernand Léger, who introduced him to the art of Salvador Dalí, Buñuel, and the world of surrealism. Later in his life, he befriended Dalí, writing about his bizarre encounters with Salvador’s sexual behaviours in his book “Collected Works 1959-1975”. In Paris, he also met Viennese fantastic realist painter Ernst Fuchs."Ernst insisted on teaching me his mixed technique of Van Eyck and the Flemish school. I learned it in one week and sold every one of my paintings ever since."

With Paris as his base Mati spent long periods of time traveling, painting portraits during summers in Saint Tropez and, together with his father, who had recently won the competition to build Israel’s Parliament, the Kneset, he started to build a house in the small village of Deia, Majorca, having fallen in love with this place during a short visit, invited by archeologist Bill Waldren. In Deia he also became good friends with the poet Robert Graves, who was followed by many other artists who settled in this small community.

Klarwein moved to New York in 1965. By then his work was considered to be inspired by surrealism and the so-called psychedelic movement of the time. However, it was more his extensive traveling and wide interests of non-Western deities and symbolism that inspired his art more than the use of psychedelic drugs. His friend Timothy Leary once stated, that judging the character of his paintings, “Mati didn’t need psychedelics!” During his New York years he created paintings such as Bitches Brew, commissioned by Miles Davis for his landmark album of the same title. He also completed many portraits of people such as John F. Kennedy, his friend Jimi Hendrix and other important characters of the time, and finished his large scale project, The Aleph Sanctuary, a cubic temple of all religions, featuring 68 paintings, representing some Biblical passages such as “Anunciation” (1961) (later used by Santana for the cover of his best selling album, Abraxas), “Crucifixion” (1963-1965) represented by a highly sexual tree of life which caused quite a turmoil within the puritan white establishment as well as with the black panthers, “Nativity”(1962), “Grain of Sand” (1963-1965), and many other of Mati’s best known paintings. Later, Klarwein was forced to dismantle his Chapel and sell the paintings individually for economical reasons. The chapel was rebuilt in 1992 using aluminum structures to hold Plexiglas reproductions lit by rows of fluorescent tubes.

Mati settled in Deia in the early 80’s, working from his studio and home up in the northern costal mountains, surrounded by the landscapes that he so admired and painted in such astonishing detail as may be seen in his collection of “real-estate paintings” or “inscapes”. Also during these years, he created a number of “improved paintings” a collection that he had begun in the 1970’s, where he would purchase unwanted paintings in thrift stores and flea markets and bring them back to life by “improving” or recycling them, adding his own brush strokes to the originals, giving them a new meaning, often humorous, and if placed, always sharing both artists signatures.

Klarwein had two daughters and two sons.
Mati passed away on the 7th of March of 2002 in his home in Mallorca.

All works by Mati Klarwein 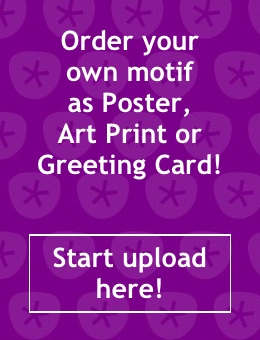